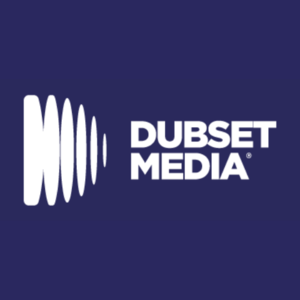 Dubset, the remix and DJ set clearance trailblazer, is launching a new partnership with Beatport that will allow select remixes cleared through its MixBANK platform to be available for download on Beatport. The partnership will create an amazing opportunity for DJs to source new edits, flips and alternate versions of songs to be purchased and used in their live sets and recordings.  Dubset and Beatport will work collaboratively to curate the best MixBANK songs for the Beatport store.
“The next generation of amazing producers and remixers are gravitating to new technologies like Dubset’s MixBANK and we are excited to open up this unique channel for exposure and distribution on Beatport,” commented Robb McDaniels, Beatport’s CEO.
This collaboration marks yet another first for Dubset’s fast-growing partnerships. “We’ve worked very closely with streaming services, as well as DJ hardware and software makers, to create a new ecosystem for mix content,” explains David Nicomini, VP of Distribution at Dubset. “Unofficial remixes have been a fundamental part of DJ sets and creating a legal marketplace to source them is an inflection point for these artists. This will be great for DJs and their audiences.”
The partnership will also extend to Dubset’s new emphasis on more curated content to serve DJs, its newly launched MixCRATE offerings. Beatport’s charts offer a window into the hottest niches and coolest edges of dance music, bringing in respected DJs as curators and making them a valuable resource to the dance music community. Within its mix upload and distribution platform, MixBANK, Dubset will make it easy for DJs to find charted hits not only available for live sets, but also to offer the recording of those sets on services like Apple Music.
“We will be creating branded crates based on Beatport’s amazing charts, with the tracks available via MixBANK to cross-correlate what’s clearable,” says Stephen White, Dubset CEO. “You end up with a set of trusted Beatport-ranked content that is available in the Dubset system. DJs won’t have to go back and forth to search and poke around. One place will give you access to it all.”
The companies plan further enhancements and integration points over the course of the next year.
About Dubset
Dubset Media Holdings, Inc. (www.dubset.com) is a rights-tech company implementing innovative solutions enabling distribution of complex content. Within music, utilizing its MixBANKTM platform and MixSCAN® technologies, Dubset is able to identify use of a label or publisher’s catalog, claim such use, and ensure proper royalty flow back to the rights holder(s). Having achieved this, Dubset is the first company able to distribute multi-label, multi-publisher mix music to Apple, Spotify, Tidal, and SoundCloud music services. Dubset is currently identifying and claiming catalog use for over four hundred and eighty thousand labels and publishers.
About Beatport
Founded in 2004 as the principal source of music for DJs, Beatport is today the worldwide home of electronic music for DJs, producers, and their fans. The Beatport Store offers music in premium digital formats and provides unique music discovery tools created for and by DJs. Each week, Beatport’s music collection is refreshed with hundreds of exclusive tracks by the world’s top electronic music artists. Beatport has offices in Los Angeles, Denver and Berlin.